From 229ahb
Jump to: navigation, search

Discipline is the most important element for successful formations. On an individual basis, it consists of self-control, maturity, and judgment in a high-stress, emotionally charged environment.

Teamwork is an integral part of discipline; each individual must evaluate their own actions and how these actions will affect the flight and mission accomplishment.

Discipline within a flight has a synergistic effect. If the flight lead and wingmen know their respective duties, they will work together as a team.

Maneuver into the flight formation

(Except for enemy contact, all mission requirements are subordinate to this action) 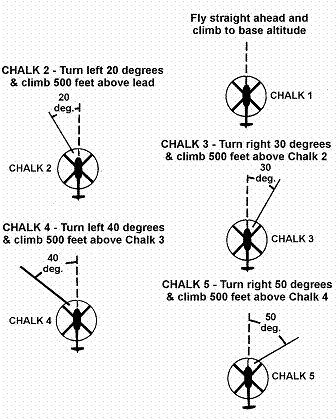 Flying in formation will provide mutual support and increase SA for the entire flight. Depending on METT-TC the following formation types may be used. Most common within the 229th are Staggered Right 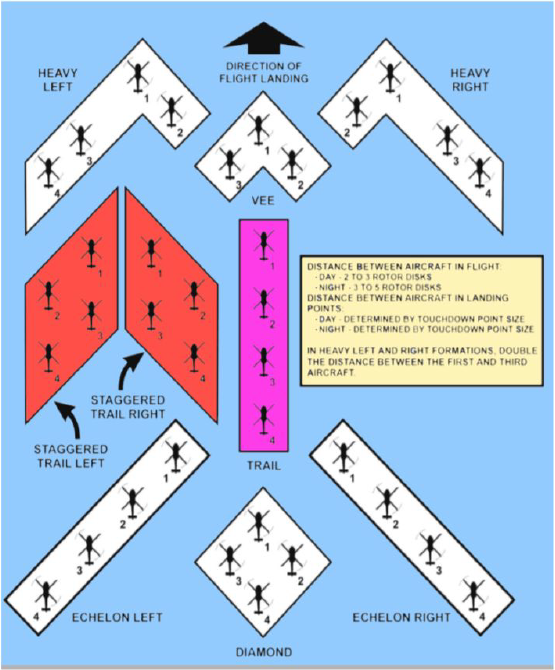 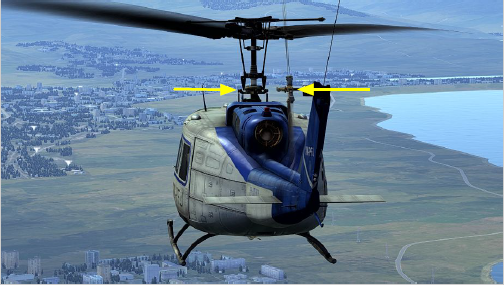 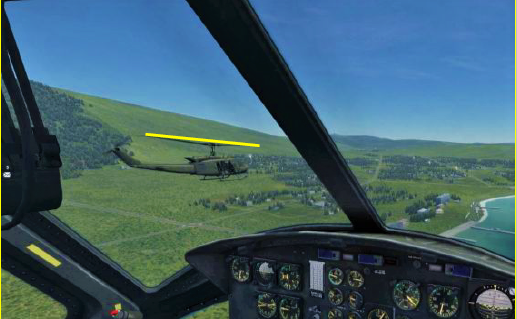 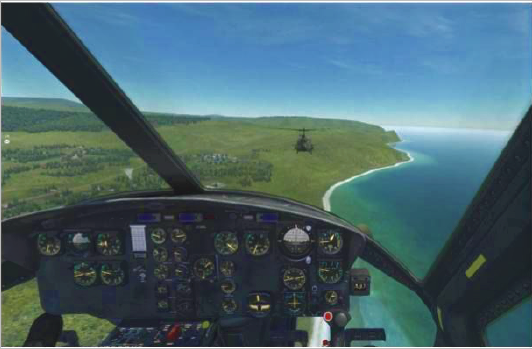 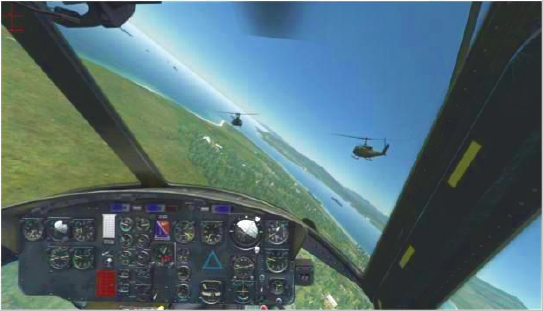 The typical ANGLE maintained in a Staggered formation is 45 degrees relative to the next forward chalk. 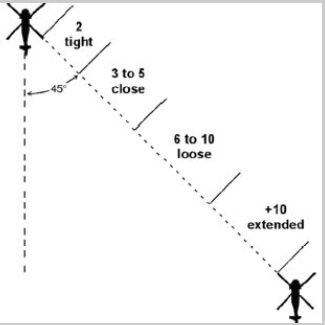 A Visual reference relative to the aircraft being followed is to line up the nearest Rear Skid Connector with the Front Skid Connector on the opposite side. 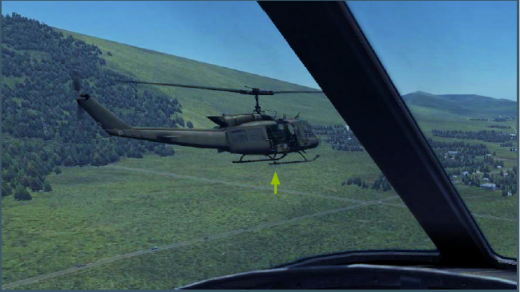 RANGE will vary depending on tactical and environmental conditions.

Tight and Loose formations are measured in Rotor Diameters 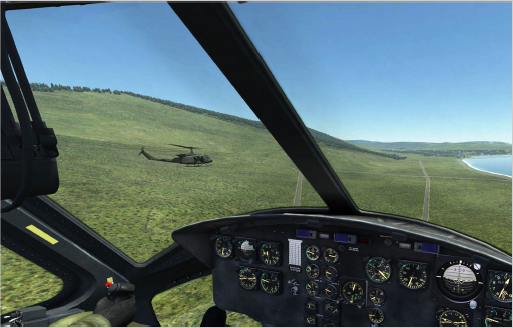 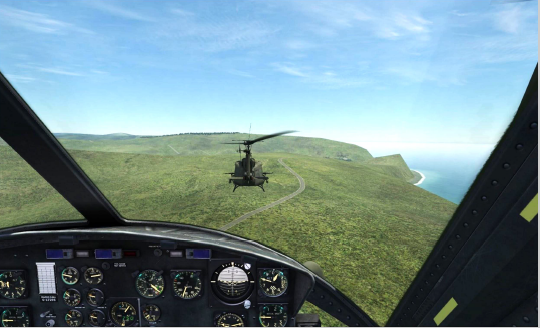 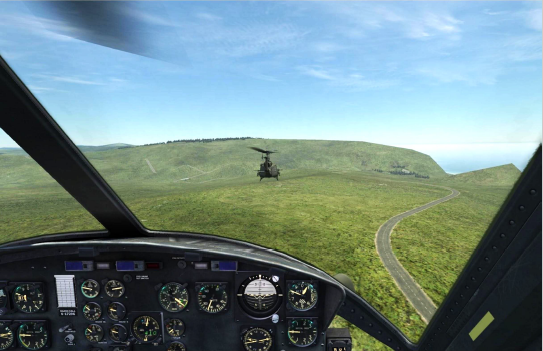